Why AMSOIL Synthetic Oil is better than Conventional Oil

Oil changes are normal preventive maintenance if you own a vehicle of any type. Whether changing the oil for your snowmobile or ATV, or replacing the oil in your SUV or truck, routine oil changes are simply a part of ownership. And while it is a commonplace activity, a trip to an auto parts store will quickly reveal that there are nearly as many brands and types of oil as most of us have vehicles!  But one stands above the rest: AMSOIL Synthetic Oil!

In years gone by, changing the oil meant choosing one brand over another one. But now, it is not as straightforward. Today you must decide whether to stick with conventional motor oil, swap to a synthetic, or perhaps use a synthetic blend. Each option will typically get the job done. But before picking the cheapest bottle on the shelf, take a few minutes to understand the benefits of changing to a synthetic oil like AMSOIL available from The House of Syn.

Synthetic oil is not new, although it has become more common in recent years. It was developed and refined to work in high-performance vehicles and everyday transportation in 1969.  AMSOIL was the first in synthetics. Pre-synthetics (variations of conventional oil) started gaining popularity during the World Wars due to oil shortages, particularly in Europe.  Then, in the 1970s during the US Energy Crisis, full synthetic oil gained appeal as it was shown to improve fuel economy.

Here are some reasons synthetic oils are better than conventional oil: 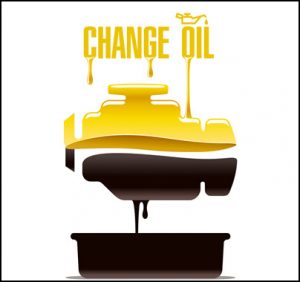 1. A study by AAA found that vehicles using synthetic oil outperform other vehicles by 47%. They tested a myriad of aspects – stability, performance properties, etc. – with these tests, the synthetic oil worked better in each case.

3. Unlike conventional oil, which will break down or evaporate in extreme temperatures, synthetic oil will retain its viscosity.

4. A full synthetic oil does not require you to wait for oil flow after the vehicle has been parked for an extended period. Instead, the synthetic oil is ready to go- just as if you started the engine yesterday.

5. Synthetic oil produces little sludge build-up in the engine, which means the engine can work cleaner and more efficiently. There have been reports of engines that used synthetic oils lasting for more than 250,000 miles.

6. Synthetic oil is created in a lab rather than harvested from the ground, making it more environmentally friendly.

7. Because it doesn’t break down easily or quickly, synthetic oil is a better lubricant, thus making your car’s parts last longer and be better protected.

8. If you have a new vehicle with a turbocharger, synthetic oil will keep your engine running at peak performance.

Getting the oil changed in your vehicle is a must. But you can extend the length of time between oil changes. Opt for a synthetic oil from AMSOIL to keep your vehicle on the road longer with less time spent under the hood. Talk to The House of Syn, your authorized AMSOIL dealer, today.

No comments to show.

All trademarks are the property of their respective owners and may be registered marks in some countries. There is no affiliation or endorsement claim, express or implied, made by their use. AMSOIL products are formulated to meet or exceed the performance requirements set forth by the manufacturers of all applications shown here. 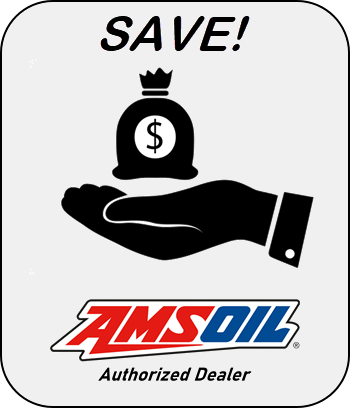 OH!  BEFORE WE FORGET:

Have you registered as an AMSOIL Preferred Customer yet?

If NOT, you're leaving money on the table!

Click the button below to register as a Preferred Customer and get discounts, save on shipping, and receive exclusive bonus offers!